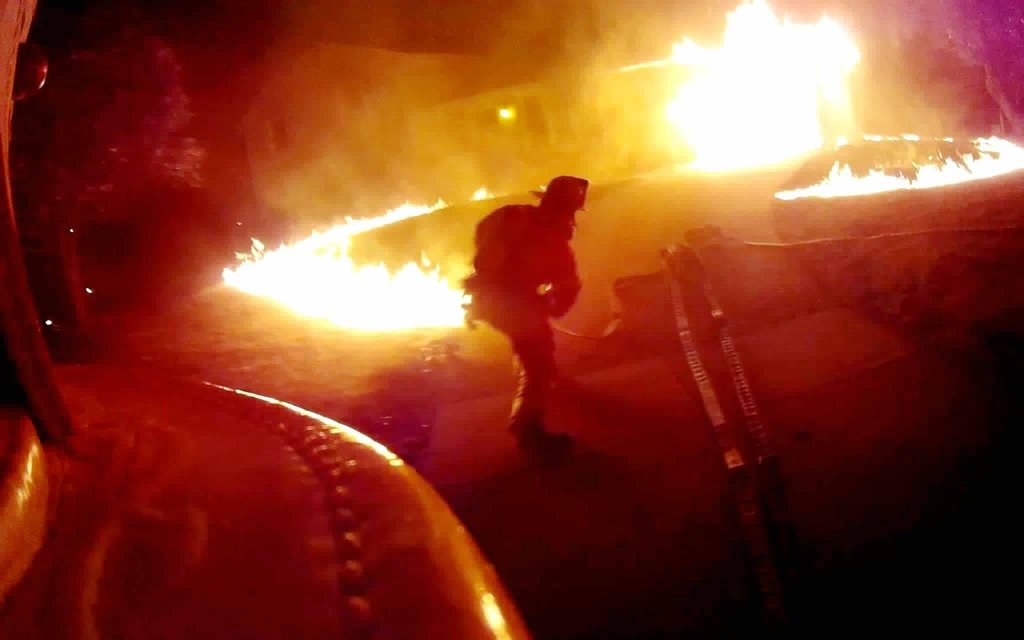 1000 Blk. Of Elderberry Pl* Around 20:30, E371 was dispatched for the auto fire in the first due. While pulling out of the station, communications advised they were receiving multiple calls of a house on fire and would be upgrading the assignment. Engine 371 w/5 volunteers laid out 650 feet of supply line and arrived on scene to a two-story, split level home with a car on fire in the carport of a home. A 200ft 1.5 line was pulled to begin knocking the fire. After knocking the fire in the lawn, as well as the car, the crew headed inside the home where the fire was found in the kitchen of the home. Units on the box operated 2:2, with E371 clearing about three hours after the initial box.