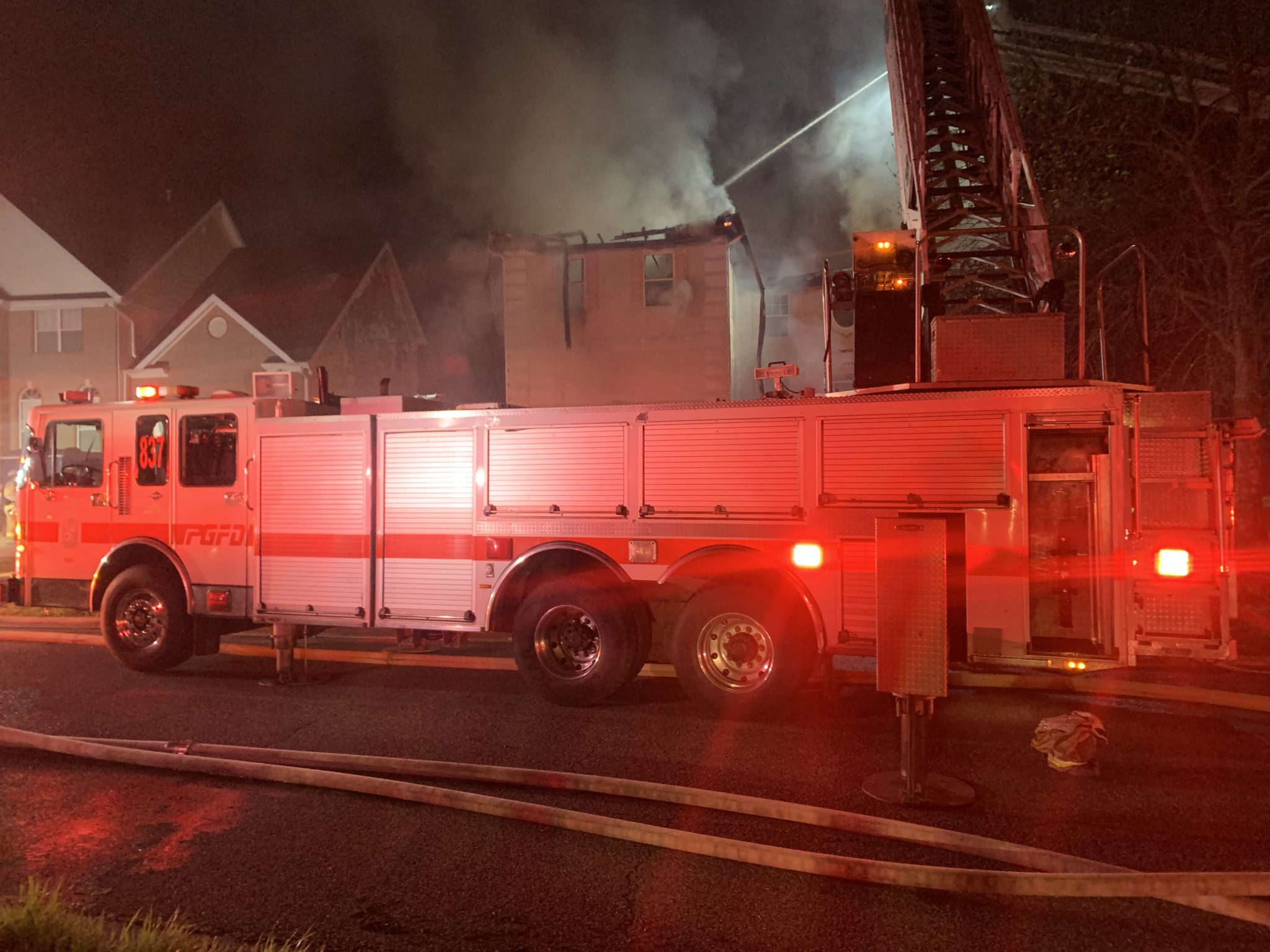 4/24/2019 – 46 – 1700 Mallard Ct* just after 2300, the box alarm was sounded for the report of the “house on the street on fire”. Multiple calls began pouring in for the house on fire, with a possibility of a person trapped. Truck 37 was dispatched as the first due special service. Engine Company 46 arrived on scene with a 2 story single family home with fire through the roof. After completing the 360, the fire was believed to be started on the deck and spread quickly to the attic. Truck 37 arrived and split into two teams. The interior team made their way to the second division with the engine. While on the second floor, the roof and ceiling gave way. The Evac tones were sounded, and the incident was moved to defensive operations. After knocking down the bulk of the fire, crews re-entered the building to mop up. The truck operated for 2 hours before returning to service.