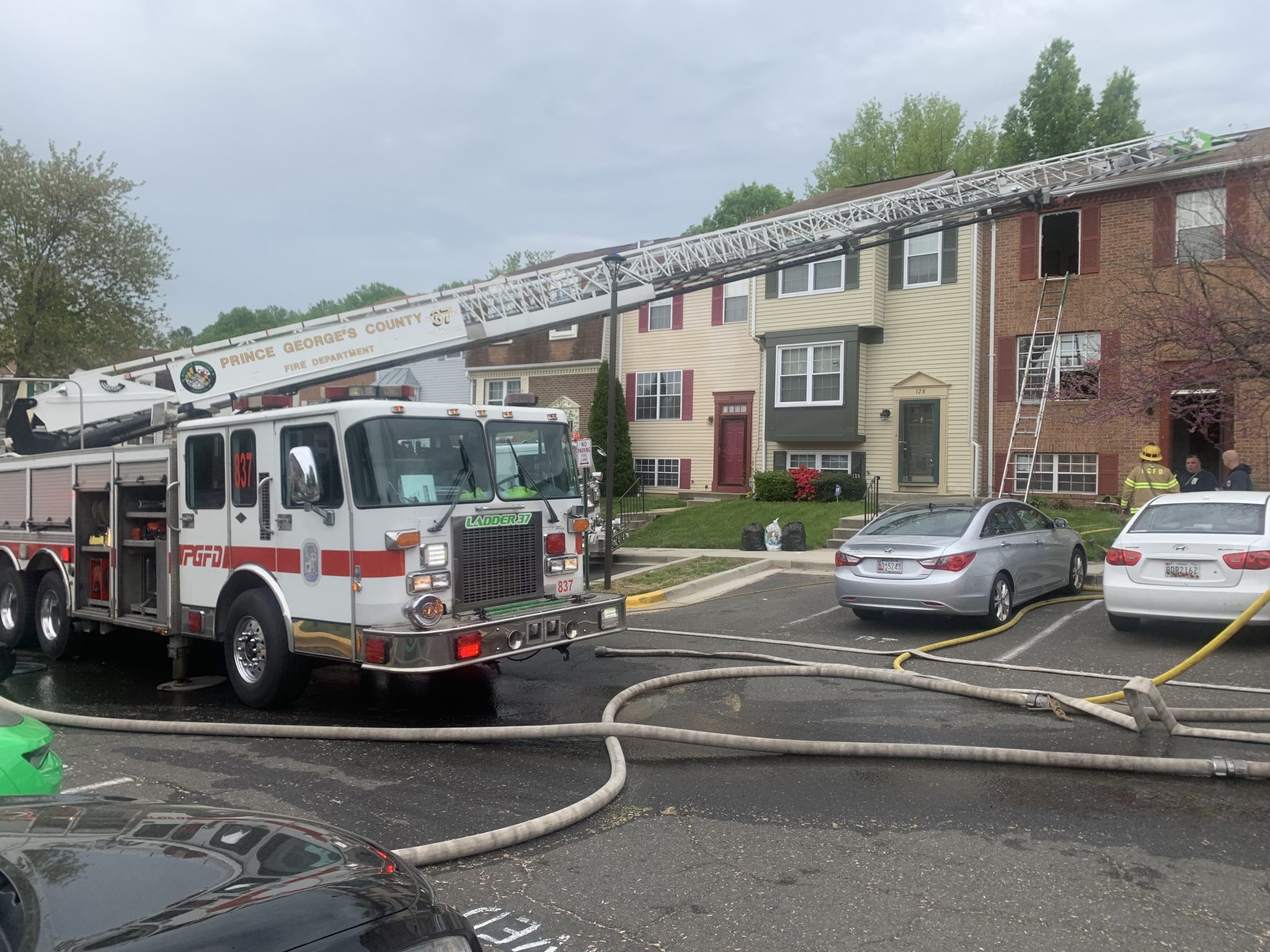 4/25/2019 – 46 Box- 100 Block of Joyceton Way* For the second time in less than 12 hours, TK37 was alerted yet another working fire. A call came into PSC advising of a fire in the house, sending the truck with 6 volunteers as the first due special service. The first due engine arrived with a middle of the group townhome with nothing evident. On the 360, the officer reported nothing evident from the rear. After gaining access to the home via side A, a working fire was found in the kitchen of the home. The truck arrived as dispatched, laddered the structure and opened up for the engine company. The fire was held to the kitchen and the incident was scaled back to 1:1.