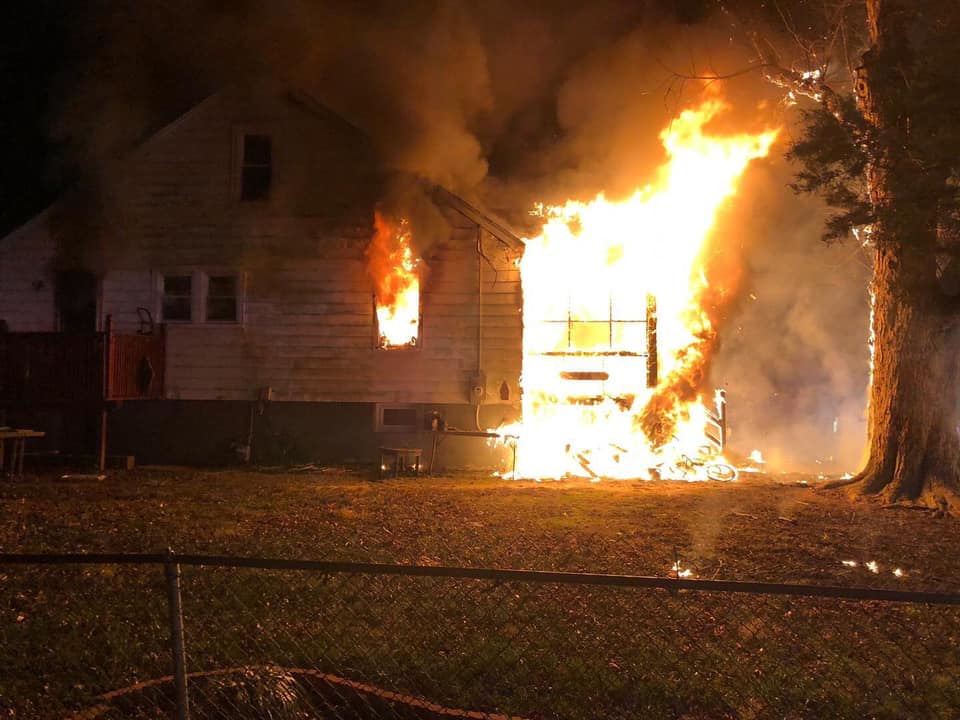 8 Box – 400 Block of Birchleaf Ave.* Around 3:30am, multiple calls came pouring into PSCC, reporting a fire on the front porch of a home. Company 37, w/6 volunteers were alerted as the 2nd due Truck on the assignment. The first due engine arrived on scene to find a 2 story single family, with fire showing. Truck 37 arrived on the scene and immediately went to work splitting into an outside and inside team. Interior crews conducted searches of the second division, which proved negative. After completing searches, the truck opened up for the engine companies. Ground ladders were thrown to the points of egress, while the truck driver got an aerial and roof ladder in place on the roof. Truck37 operated for nearly two hours before returning to service.