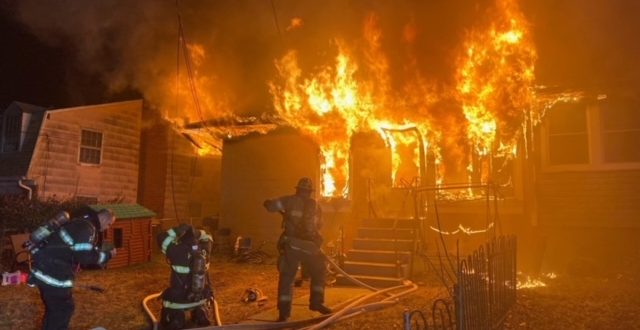 2/16/22 Just after midnight, Engine 374 (5 Volunteers) was dispatched as the 4th Due Engine to a reported house on fire in the 1800 blk of Ray Leonard Rd. in Company 33’s 1st Due.  While units were still enroute, Public Safety Communications advised that they were receiving multiple calls and now reporting 1 possibly trapped.  Engine and Tower 33 arrived on scene finding a 1 story duplex with fire showing.  Engine 374 arrived on the scene and completed a split lay with Engine 846 (Largo).  The crew from Engine 374 established RIT in the front yard and completed a 360 degree lap to ensure all possible egresses of the home were cleared.  Engine Companies 33 (Kentland), 38 (Chapel Oaks), and Tower 33 suppressed the fire and completed primary and secondary searches.  Both searches proved negative.  Truck 9 (Bladensbrug), Squad 806 (St. Joseph’s) and Engine 846 checked the Delta exposure for extension and searches with both being negative.  Command scaled the incident back to the units from 33 only and returned the rest of the assignment after about 40 minutes of operation.
Fire Showing pictures:  Courtesy of Kentland 33 Facebook
Crew photos: Courtesy of Mike Hugg Media 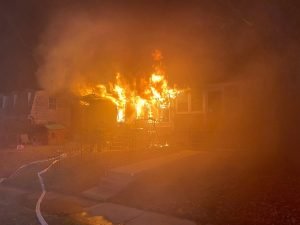 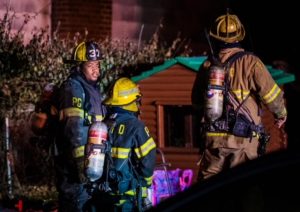 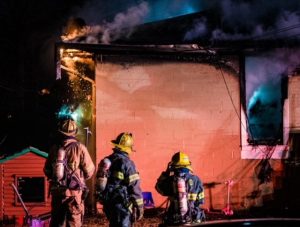 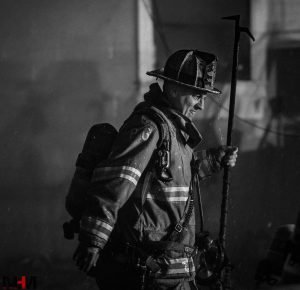 Wearing this item would be a beautiful way to remember and honor all Firefighters who sacrificed their lives in service to others. Don't miss our Special Offer for these "Stand for the Flag, Kneel for the Fallen Shirts" checknow.store/066d Thanks for your time! 🌙19:33:04

Here is the trailer to our new recruitment video. We are currently accepting applications for in state, out of state, live in, operational and administrative. Email membership@ritchie37.com to join. Check out the full video at ritchie37.com ... See MoreSee Less

hey, brothers and sisters. excellent video for recruitment. really drove home some important things I didn't know. I'm in the prep phase for a 2-3 years starting in a volunteer engine/truck house in a college community in Northern WV Rural area but hydrants in the college town areas. We're second due truck to the univ I went to and first due truck to the college in our district. also, this truck is specially called to other counties for working jobs and assignments. I'm excited. I'm a buff of 24 years following IAFF 1 and IAFF 12. Thx ! stay safe.

Nice video guys. Wish you all the best in finding more. As Volunteer Firefighters have fell termendously over the years I wish you all well. # Brotherhood

Maybe I am wrong but this is not RJVFD

I was a proud member from Hillside Volunteer fire department, company 6 back in the day, and I like that statement, we are volunteers, we don't have to be here, we chose to be here. Proud of you guys.

SCAM ALERT!!!!! EVERYONE KNOWS THAT FACEBOOK ADS ARE SCAMS. NOBODY WANTS TO BUY YOUR CRAPPY GARBAGE.

Sent you an email

Air raid sirens over Kyiv right now. I guess the people over at Assholes International will blame Ukraine for having a capital.

Maybe I am wrong but this is not RJVFD .

We will always remember the events of September 11th. It was a day that changed America forever. We will never forget the heroism of those who risked their lives to save others, and we will never forget the innocent lives that were lost. Flying our custom printed Patriot Day flag would be a beautiful way to remember the event and honor all of the heroes who displayed such bravery on that day. checknow.store/ra0s Thank you for your time! 🌬06:51:04